No matter how much you love writing creatively sooner or later you are going to have to put in some time revising or editing your work.  Sitting down at the keyboard or with pad and pen can be so freeing if you just let go and write.  But you can't get something published if you don't go back and do some editing.


That can get downright boring!


I don't know how many times I've heard people say how much they love the writing part but how much they hate to edit.  Writing sets them free. Editing makes them work.  So how can we make it work better for us?  Here are some suggestions: 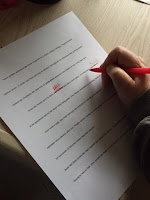 1. Start at the end.  That may sound self defeating. After all we probably wrote that last. Why should we want to go back and work on what we just finished? Well, how did you feel when you finished? Relieved? Happy? Ready to go celebrate?  Are you sure you did the best possible job or were you just on a roll and wanted to get it done. By going back and editing it (and you can re-edit again later) you will do two things. You will remind yourself of any little thing that you might need to fix during the book so that the ending makes sense and you can see it this time from a non-judgmental viewpoint. Look to make certain the ending is just what you want it to be.

2. Go back over notes on things you might have made during your writing. Make certain that you have those big things written down that you knew you will have to watch for and fix. Were there any things that you kept saying during the writing that you needed to fix later? Write those down now before you begin to edit.


3. Write down the things that you know are your crutches.  You know those words that you find yourself using over and over again? Write them down now before you tackle your revisions so that you can watch for them. Sometimes I use "just" too much so I always make certain I am ready to look for that as I revise.  Write down any of your pet phrases so you can watch for them. You might even put in a search and go through the manuscript looking for them first, before you start to edit.


4. Give yourself a reasonable working goal. Don't think you are going to do it all at once. Maybe go back and edit a chapter or two that you knew was a problem chapter and try re-writing that before you tackle the entire manuscript. Sometimes working on little bits and pieces can be a lot easier than having the whole thing to deal with later.


5. Now start at the beginning! Go through a chapter at a time and then go through it again before you move on. Look over your notes from before and make any new notes that you might want to look for in later chapters.


Before you begin that final edit, one final thing -- let the manuscript sit for at least a couple of weeks. Sometimes waiting for a while can give you a whole new perspective when you make that final edit.

Getting off to a Fresh Start

At the beginning of every new year don’t we always look at different ways to start off fresh? We want to make our resolutions or set goals ... 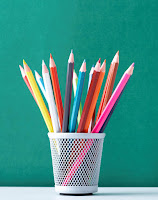 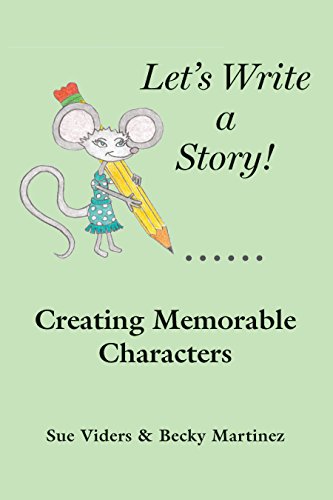 Available in print and ebook 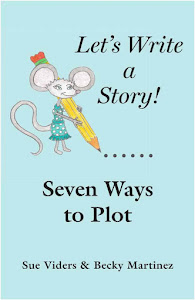